Also published at elephant journal as The Karma Cafe

I continue to listen to him, but mostly I am just letting his voice soothe me.

We talk, and I watch him from across the table—but mostly I feel the energy coming off him, out of him. I know him as a very authentic person—have known him for some time now. He is calm and not about the drama, but the more he talks, the more I can feel the slow, small

twist of the hurricane he carries inside his chest. And I am so glad not to be a part of that, selfishly glad not to be in his shoes. I can hear those waves crashing from all the way over here on my side of the table. When he speaks, I love the heavy, watery weight of his voice, his laugh even more so: deep and gravely and calm. I ride the waves of his voice, and willingly let that undertow pull me down and under. From somewhere deep inside of myself, I sit and listen.

He talks of the books he’s read to help explain his situation. He thinks he must somehow ‘ride it out,’ ‘see what lies beyond this,’ ‘pass this test.’ He keeps pulling all those platitude cards out of his deck and placing them on the table; he talks a nice talk.

Maybe it helps him—him thinking he is actually accomplishing something. I can feel him wanting to stay in integrity, wanting to do not only what is correct but also what is right. But it spins slowly, and as I move away from the eye of his hurricane, it begins to get sloppy. This place of heaviness is home to him now. I can sense the thick brownness of it, how it feels congested, unhappy and weighty and sad. Still, he is calm. I can also feel the uncertainty there that has become his certainty. This is his way of living now, but I know it has not always been so. He has let it become his obligation, his world. 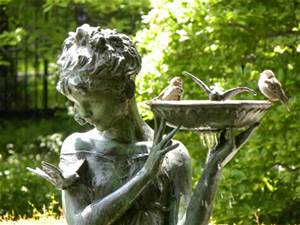 I don’t feel sorry for him; he has choices, and he decided somewhere along the way to take this on. Mostly, it feels heavy. It feels like a burden he picked up or that maybe built up slowly over time. And now he doesn’t quite know how to put it down, doesn’t know if he wants to. It might seem unnatural to be without it now. I feel, behind his words, a question; he’s wondering if there is a resolution, a completion to be peacefully navigated.

It feels a bit surreal and out of sync—like that dream that wakes you before the end. And you wonder if that was the dream or if, like an unfinished movie, it is continuing to play somewhere and you just woke up too soon—before the end. 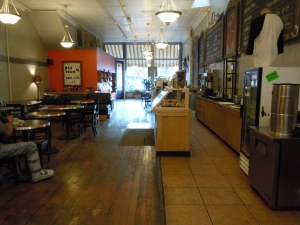 Karma is like that. I burn mine until it’s gone, but there seldom seems to be a real conclusion. I’m always waiting for the cosmic credits to roll, to clue me that it’s over. I don’t recognize the end because I’m usually too busy wondering what happened. Where did I go wrong this time? My mind stumbles around, shell-shocked, glassy-eyed, mumbling to itself, trying to find solid ground again. But nothing ever really can go ‘wrong’. It goes according to the karmic plan. That’s how karma works.

My karma is like low-budget, artistic, independent foreign films that end abruptly and weirdly, leaving a strange, unsettled taste in my mind’s mouth.

So I continue to listen to him, but mostly I am just letting his voice cradle and soothe me. At 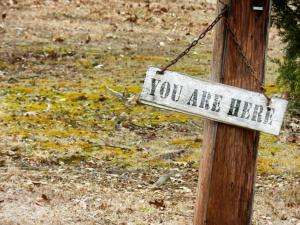 one point he asks for my advice, and I reluctantly bring my mind back to the table, pause too long for social propriety (because I don’t know quite what to say), and finally try this, calmly:  “I cannot give you an unbiased opinion …” At which pause, and with perfect comedic timing, he interrupts and says, “I don’t want your unbiased opinion. I want you to be on my side!”

We laugh a few bars, and in some back room of my mind, I use those precious seconds to scrape together the co

urage to start again, “I can’t give you an unbiased opinion on what to do with your insecure, controlling girlfriend, who is making you very unhappy, because … I am too attracted to you.”

And we stare at each other.

Over the coffee cups.

His eyes become watery—and with that, mine want to also, so I let them. “Me too,” he says.

Careful, this is what happens, Mr. MW, when you know/love a writer. 🙂