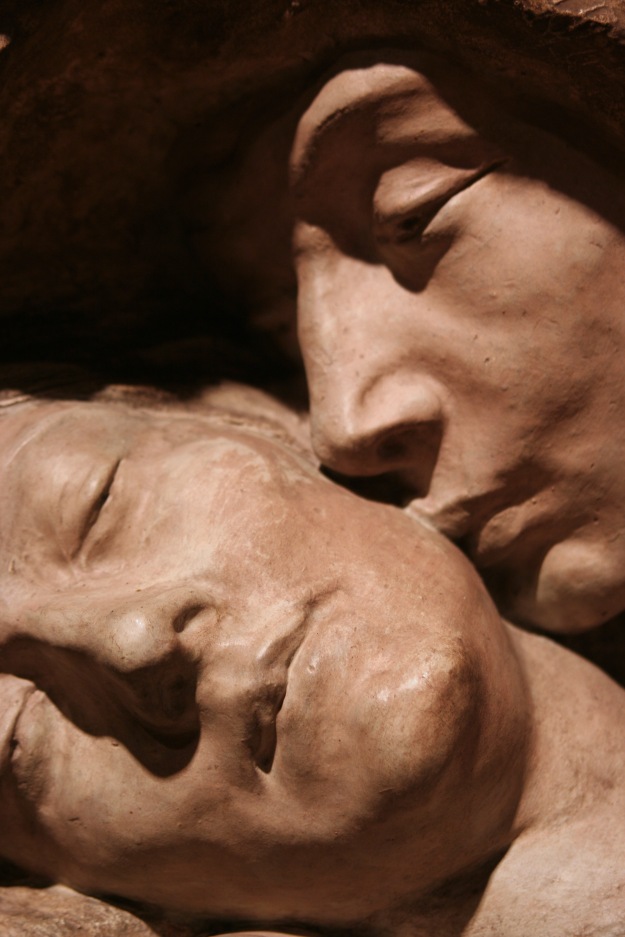 I was in the feed store buying my usual large bag of dog food from the same nice man I had always bought it from.

As soon as the transaction was done, he politely asked the same question he always does at that point, “Do you want some help out with that?”

My body instantly stiffened and become taller—like a child trying to prove herself worthy. The habitual, tired, angry, ready refusal rose up in my throat to be spat at him as insincerely grateful as usual.

I used to instantly think that any offer of help from a man was him simply pointing out that he thought I was not capable of doing it myself—yikes! No wonder I could never accept help from anyone—especially from a man. It was a horrible habit I’d brought forward from a dysfunctional childhood.

I had asked the universe to show me good men and masculine gifts, and here they obviously were. Hoping to prove to the universe that I meant business, I wanted to accept his gift. So this time, instead of refusing his help, I squeezed out a difficult, “Yes, thank you,” between tight lips.

When I began researching the Divine Masculine and Feminine, I had no idea what a masculine or feminine “gift” was. All the books and websites talked about gifting men with your feminine gifts—and accepting his masculine gifts.

This idea of gifts mystified me. I found most of the information too vague for me to understand—until I read Rachel Jayne Groover’s book, Powerful and Feminine, and began taking her advice on paying attention and then to practice being a vessel of praise for the masculine.

When I began paying attention, I noticed that masculine gifts can be as obvious as an offer to help.

More masculine gifts (most of them from strangers) that I have recently accepted:

~ He taught me how to blues dance.

~ He offered me his seat.

~ He assertively, and without aggression, defended me against another man’s verbal attack.

~ He taught me all the fancy salsa moves.

~ He didn’t comment or even act like he noticed when I missed his cues and messed up dancing with him.

~ He is a good, strong dance lead.

~ He got up and closed the door in a public place because he saw I was cold.

~ He went and found me a chair to sit in and brought it back to the table.

~ He helped me lift my bike onto the bike rack on the bus.

~ He opened the door for me and let me go through first.

~ He rode his bike into the grass to let me pass on the trail when it was too narrow for us both (more than one occasion by different men).

~ He asked me to lunch/coffee/dinner.

~ He showed me how to put my bike handlebar grip back on.

~ He gave me very specific, useful, heart-felt advice when I asked for it—in a lovely, non-condescending way.

~ He complimented my writing.

~ He backed up and scooted his truck over at a stoplight to make room for me and my bike beside him.

~ He offered me his hankie.

~ He told me how to repair my bike when I asked—then offered to help me.

~ He let me borrow his truck.

~ He held me as I cried on his literal shoulder and let me get snot and tears all over his nice, fancy shirt.

~ He came and picked me up when my car broke down.

~ He cooked me dinner.

~ He shoveled the snow on my walkway.

~ He showed me how to use Google Hangouts.

Could I have done most of these things myself? Yes. But that is not the point. It is a gift to someone when I accept what they offer. It is me telling them their gift is worthy, and therefore they are worthy.

It is also me telling myself that I deserve gifts/help. I now graciously accept every masculine gift I possibly can when it is offered to me.

“One of the deepest feminine pleasures is when a man stands full, present and nonreactive in the midst of his woman’s emotional storms. When he stays present with her, and loves her through the layers of wildness and closure, then she feels his trustability, and she can relax.”

~ David Deida, The Way of the Superior Man

It is a gift from the masculine when a man stands firm in his decisions—when he does not change his mind just because I ask him to.

~ His consistency—so I can feel safe with him.

~ When he has an obvious purpose in, and for, his life and is working toward that purpose.

~ Being impeccable with his word and the way he lives his life.

~ When he stands strong against the wildness of my feminine emotions, offering me that acceptance without trying to shame me.

~ When a man first honors himself by having the integrity to stand for and live by his own values.

~ Being assertive and tender—but forceful when showing his attraction (when he “takes” or “ravishes” me).

~ When he accepts my feminine gifts without trying to make me act like a man—when he just accepts the feminine for what it is.

~ When he shows he trusts me by allowing himself to be vulnerable with me.

~ When he matches my intensity with his own brand of intensity, and I can still feel safe with him.

There are reasons the Masculine and Feminine are constantly balancing, gifting and polarizing each other. Each needs the other. Like the poles on a magnet, like repels like and opposite poles attract.

The Masculine is in his head and is directed, trustworthy and grounded for her, he is the immovable cliff against which she can throw her waves of emotion; she needs that cliff, that strength. This is a masculine gift to the feminine and will assist a woman in getting into her feminine energy.

The Feminine is in her heart and womb and is love incarnate for him; she inspires him into his heart, into love, into life, simply by being fully, emotionally feminine. She is the well of love, into which he fears he will fall and never return. Yet he must master this fear and be strong anyway—for himself first. It is the only way to insure trust. This is how the feminine gifts the masculine—by calling him up into masculine polarization.

So I wish to extend my gratitude to you, the Masculine, for your patience, acceptance, assistance and strength—as I continue to learn to identify your gifts in all their forms, and as I learn to accept and appreciate you and those gifts. Your Masculine energy is an amazing, life-giving, loving, freeing gift.

Originally published at elephant journal as What is a Masculine Gift?

Grace is a Certified Hypnotherapist and Registered Psychotherapist in Ft. Collins, CO, USA. She

sees clients and facilitates Divine Feminine Hypnotherapy workshops for women. She’s a flaming, Earth-loving, tree-hugging, save-the-bees, believes-in-faeries, bike-riding, card-carrying, spiritual but not religious, hippie cowgirl liberal poet—yep, they do exist. She writes for The Scarlet Orchid and elephant journal. You can find her blog here and her creations here. You can also connect with her on Facebook and Twitter.

1 thought on “Learning to Identify and Accept Masculine Gifts.”